BRITAIN appears to be in the middle of a risky sex epidemic, with 40 per cent of people having romped in public in the last 12 months.

The revelation was uncovered by Fabulous Daily’s 2022 Sex Survey – which lays bare our saucy secrets.

Our research also found that doing it in cars gets our engines running, with over half (58 per cent) of public bonkers loving sex in a vehicle. And 65 per cent of women admit doing this compared to 53 per cent of men.

And sex at work is definitely on the agenda – as just over a third (35 per cent) of those having sex in public admit to a quickie with a colleague – up from 18 per cent in 2019.

Even toilets have become a hotbed for romps, with just under a third (30 per cent) of those who have had sex in public getting down and dirty in WCs – up from 14 per cent in 2019.

In fact, the bedroom – the traditional home of sexual activity – is now seen as less of a turn-on than ever, with the living room and bathroom the favourite spots for a home quickie. 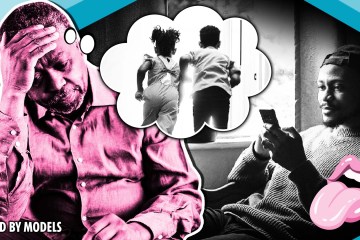 If you’re in a relationship, who tends to initiate sex the most?

From the following, when are you most likely to have sex?

Most read in Fabulous

How long does your sexual activity usually last, on average?

Which of the following statements do you agree with?

How often do you tend to orgasm while having sex with your current main sexual partner?

How do you feel about talking dirty?

Have you ever faked an orgasm with a sexual partner? (Either your current partner or one in the past)

Have you ever tried any of the following?

Which of the following practices have you tried?

Which of the below have you tried?

Have you ever performed a sex act in a public place/somewhere other people might see you?

In which of the following places have you ever had sex?

Have you ever been caught doing sex acts in a public place?

If you are straight, which of the following, if any, have you ever tried?

Do own any sex toys? (This includes accessories like handcuffs and blindfolds as well as vibrators)

If you do own any sex toys, how many do you currently have?

Which, if any, of the following statements applies to you in relation to your pornography use?

Do you ever watch pornography with your main sexual partner?

Which of the following sex technologies would you be interested in trying?

‘TIGHT SPACE MAKES IT SO INSTENSE’

LIKE 40 per cent of us, Jackie Acott likes steaming up her motor’s windows with raunchy in-car romps.

The office manager from Tunbridge Wells, Kent, believes everyone should try the car-ma-sutra.

“Being in a super-tight space where you’re squished together so closely, makes sex intense and hot.

“There is also something magical about being mobile, so you can do the deed whenever you feel the urge, simply by parking up and getting down to it somewhere private.

“The easiest position is to be on top, but only if you don’t mind whacking your head on the roof.

“Sex in your motor isn’t illegal in the UK, providing you are not ‘outraging public decency’ by getting it on in a very public place.

“But the idea you could get caught at any moment just makes it so much more fun. One time, my ex-partner and I were parked in a forest car park in the dark but accidentally left the interior light on.

“Afterwards we were sure we saw a person duck behind the trees, so now I always make a note to myself to turn off that beacon.

“The best time I’ve had car sex, there were sweaty hand prints on the window and everything.

“We were so busy enjoying ourselves and we took our time, maybe too much time, because when we tried to drive out of the woods where we’d parked up, we realised to our horror that we were stuck in the mud.

“We were too embarrassed to call for help, so we had to get out and push, and my partner got covered in mud.

“I can understand why the survey revealed we are mad on sex in a motor.

“ I think everyone should try swapping candlelight for headlights.”

Tinder in the trenches: How war has changed love and sex in Ukraine